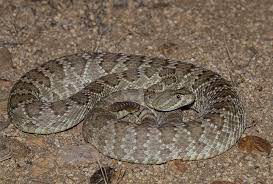 Anyone who spends time outdoors enjoying nature knows that they share the space with other animals and critters.  Many are amusing, most are harmless, a few require some caution, and a very small percentage could present life-threatening risks.

Which dangerous animals are you most likely to encounter in the North Country?  Here are a few of the top ones, sorted by overall risk.  All numbers are based on USA-specific data.

If we were to tell you that the most dangerous animal on your hiking trail is also one of the smallest, you would probably be surprised.  Deer ticks, aka Blacklegged ticks, are abundant and actually pretty dangerous throughout much of North America.

Deer ticks can cause Lyme disease, which can have unpredictable effects on the human body.  Not every deer tick carries Lyme, but on some parts of the country a surprising proportion do.  They transmit the disease through a bite (there is some debate on how long the tick has to be attached to transmit).  In some cases, the wrong bite triggers chronic Lyme disease which can cause difficulties for years.  You are going to be most likely to encounter deer ticks in the Northeast or Great Lakes areas, but their range is expanding and cases of Lyme crop up all over the country.

The best way to defend yourself?  Use a good tick repellent any time you are out in tick-likely areas.  Stay on the trails to the extent you can, but if you are going to go in longer grass or brush, be extra certain that you have repellent, and be sure you are checking for ticks frequently and especially when your hike or trip is done.  Don’t forget to treat and examine your dog, too.  Ticks will hitch a ride on anything they can.

We rarely find anyone out there who actually likes rats and mice, but they can pose a serious health risk for people spending lots of time outdoors.  Especially if you find yourself in heavy rodent habitat, or often camp in rustic structures, don’t underestimate what kinds of diseases a tiny little mouse can carry.

While there are 15,000 cases of rodent injuries or illnesses in humans each year, what is not tracked is the number of those that occur outdoors, camping or hiking.  Our guess is that the vast majority of these — especially direct interactions such as bites –  probably happen in the confines of a home or in larger cities where rats tend to be abundant.

The bigger problem with rodents like rats and mice is that they carry diseases.  The diseases are not only present in the animals themselves, but in the droppings they leave behind.

Still, ever since the stories a few years ago of hantavirus being found inside some of the sleeper cabins at Yosemite National Park, we have been a little more cautious about our activities in areas where we see rat or mouse droppings.

Many people are naturally afraid of snakes, which adds to the fear factor of seeing one at your campsite or just ahead of you on the trail.

Fortunately for us Northerners, most of the poisonous snakes in the US are located in the South.  However, the good old rattlesnake is happy to live in the Northern US — with the Timber Rattlesnake’s range extending up into New England and the Great Lakes region, and the Western

Diamondback Rattlesnake enjoying some of our favorite areas further to the West.

The best solution for preventing a snake bite is wearing the proper attire.  A solid pair of hiking boots that are difficult for a snake to bite will do wonders if you encounter one in close quarters, and wearing longer socks and long pants is not a bad idea if you are in a snake-prone area.  Most accidental snake bites occur around or below the ankle.  And a whopping 57% of all reported snake bites occur when someone is handling the snake……. So, ah, don’t pick it up if you see it!

Mosquito-borne illnesses impact at least 3,000 people per year in the United States.  We have a feeling this number is undercounted, because so many of the illnesses might resemble a flu or other routine virus.  To be fair to the North country, many of the afflicted are in the South and West US.

What are the diseases?  West Nile Virus is probably the biggie, followed by Encephalitis, Dengue, and Zika.  While they are not particularly lethal,

they are carried by those little vectors that can so easily go from person-to-person and bite you before you are even aware they have landed.  Yeah, we all hate mosquitoes.

The best way for a hiker or camper to steer clear of mosquitoes is to wear a good mosquito repellent, and we also love wearing bug-repelling clothing when we are outside in the summer.  It really works, and we find the garments to be lightweight, highly-breathable, and super comfortable.  They protect against UV rays too, so you might be able to get by with a little less sunscreen.

While there are reports of more than 1,000 raccoon and skunk injuries in humans each year, the numbers are relatively low.  We have a feeling that many of these probably involve some homeowner who is trying to trap and move the animal.

No doubt, raccoons and skunks are equipped with claws, fangs, and for skunks that nasty spray, and they can definitely do some damage.  But unless you are bitten by a rabid one, they probably are just more startling than they are dangerous.  If you do see a raccoon or skunk acting oddly, steer clear.

Bears probably get the most press in North America in terms of striking fear into campers, hunters, and hikers, but on average there are only a dozen or so documented bear attacks in the US each year.

Black bears, by far the most common species, are not all that aggressive.  They rarely attack, and when they do it is usually because someone has them cornered, is close to a cub, or is with a dog (bears assume that dogs are wolves, a mortal enemy).

Grizzly and Brown bears are more dangerous, but still rare.  When in doubt, just carry some bear spray.

Bees actually cause about 50 deaths a year — nearly all in people with specific bee allergies.  Hopefully you know who you are.

While the numbers of bee, wasp, and hornet stings are not tracked, we are certain they are at least in the tens of thousands and probably higher.  However, because they usually only involve a few minutes of discomfort, we don’t consider them to be on the same level as living with Lyme disease or getting a venomous snake bite.