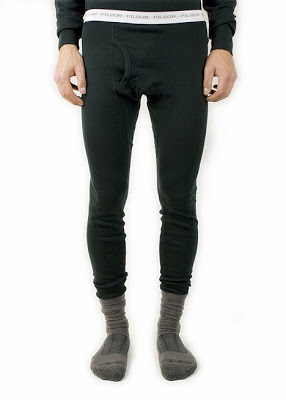 Thermal underwear is a must-have if you are doing a cold-weather activity or live in a northern climate. Anyone who has spent time in the outdoors during January or February knows that as long as you can keep your body temperature under control, you can actually be quite comfortable.

Understanding the world of thermal underwear is a little more complicated than it seems, though. You definitely get what you pay for, and there are many choices to consider — even wildly different fabric types competing for your dollar.  It is not as simple as going to Walmart and grabbing the first product you find. You need to think about what activity you need the underwear for, how much warmth is a priority versus things like breathability, and of course your budget.

Here is an overview of thermal underwear, along with our favorite brands and products.

The Basics of Thermal Underwear

Thermal Underwear helps keep you warm by using your own body heat. By keeping your body heat within a few millimeters of your skin, that heat can produce a warming effect on your body rather than escaping into the air. That is why a loose-fitting garment typically feels cooler than a tight-fitting garment. The snugness of thermal underwear is important for this process of convection.  Think of it like a piece of foil placed snugly over a plate of hot food — instead of the food cooling quickly from the air, the foil helps the heat stay trapped allowing the food to stay warm.

Wool thermal underwear is perhaps our favorite option on the market today, but it needs to be high-quality wool. Lower-quality wool technically works well, but it can itch. High-quality wool such as merino wool does not itch and has incredible thermal qualities.  It is amazing that one of the best thermal fabrics that exists today has been around for thousands of years.

Of course wool does a great job of keeping you warm, but what really sets it apart is its ability to dry quickly and not get wet.  Because wool can amazingly absorb up to 30% of its water weight and still feel dry to the touch, you are able to use it while being quite active and it will not get cold and clammy like some other fabrics. We also like that wool is so abundantly available — many manufacturers have wool in their lineup.

Synthetic thermal underwear is usually made of a blend of man-made materials, and engineered to be durable and moisture-wicking.  Most of the time a synthetic will have some blend of nylon or polyester, and perhaps elastane, but each company will adjust their specific blend. Some manufacturers will even blend wool in to the synthetics to get a hybrid of natural and man-made fibers.

Silk thermal underwear is exactly what you might expect — smooth, exceptionally comfortable against the skin, and a great base layer. The problem, if there is one, is that “silk” and “thermal” are two words that don’t always go together. Most silk thermal underwear we see requires a pretty tight and heavy knit of silk in order to provide the warmth you might need. Once you get that knit, it can be pretty effective, but to get that type of production can be costly and result in expensive products.

The good news is that what silk might give up on the thermal side, it makes up for in terms of comfort and moisture-wicking qualities. Still, if your task is to stay warm in extreme cold, you may want to stick with wool or synthetics.

Cotton thermal underwear is readily available in nearly any retail outlet, and can usually be found for reasonable prices. The problem is that it is not a very good insulator when it becomes wet. As soon as you exert yourself and begin to sweat, cotton becomes compromised as a thermal layer.

It can definitely be tempting to spend a little less and go with cotton thermal underwear, long johns, you name it, but trust us. If you are at all active, you will find that cotton really doesn’t do the job. The second it gets a little damp, even from just some body moisture, it becomes quick ineffective and even dangerous in the wrong setting.

Our other issue with cotton is that it tends to retain odor once it has taken any on. It is very hard to shake a body odor scent in cotton, once it has it.

Patagonia is an American clothing company based in Ventura, California. They’ve been around for over 45 years specializing in the outdoor clothing department, and are the brainchild of a group of outdoor junkies and die-hard climbers. They make their products with an eye on both durability and sustainability. You can find almost everything related to outdoor clothing through their brand, including wetsuits, boardshorts, waders, and much more. Since we’re talking about thermal underwear, let’s take a look at the best ones Patagonia has to offer.

Capilene by far is the best line of thermal underwear you can buy from Patagonia. Here are some key features to take note of:

Duluth Trading is also an American company. They’re based in Belleville, Wisconsin and they specialize in workwear and accessories. The company has been around for over 30 years and they have a wide array of products ranging from clothing to tools, supplies, food storage, and more.  We like their products, and think the overall design of their garments is a bit underrated in the industry. The line of thermal underwear we’ll be taking a look at is 3 Dog.

The 3 Dog lineup is a great choice for thermal underwear because of the following key features:

Smartwool is based in Steamboat Springs Colorado. The company has been in business for over 25 years, and as the name suggests, they specialize in wool clothing and accessories. While they are probably most famous for their socks, you can find everything from wool tops, bottoms, jackets, and more. Their lines of wool thermal underwear are excellent and — as the name implies — lean heavily on wool as the base fabric. Let’s talk about the 150 Base Layer line.

If you’re looking for casual thermal underwear that you don’t want to wear underneath other undergarments such as base layers, the 150 Base Layer line is an excellent choice. Here’s why we are such big fans

Filson is the final brand that we put forward as a staple on your thermal underwear search. In many circles, Filson is synonymous with quality. They’ve been in business for an astonishingly long time of over 122 years. Filson is based in Seattle Washington and the company specializes in timeless outdoor clothing, accessories, and luggage. Although they have thousands of products to choose from — many of which have been around and virtually unchanged for decades —  the line of thermal underwear you should take a look at is the 280G lineup.

Anyone who follows this website knows that we are big Filson fans. The 280G line is a premium line of clothing for those who want one of the best pieces of thermal underwear on the market. Not for the budget buyer, our experience with Filson garments is that over time, you will need to actually buy less of them because they last so long. These key features are what make the 280G one that we are willing to splurge on:

Is thermal underwear the same as a “base layer”?

No.  Base layer is meant to go next to your skin.  Thermal underwear can also go next to your skin, but is really meant to provide warmth, and may go over a base layer for additional warmth. During very chilly or cold days, it’s a good idea to wear a base layer, thermal underwear, and then a sweater or jacket to keep yourself warm while staying comfortable throughout the day.

What is High-Tech thermal underwear and how is it different?

High-tech thermal underwear is usually made of synthetic fabrics such as polyester, nylon, or a blend incorporating merino wool to maximize the ability for the underwear to wick away moisture and retain body temperature, all while being comfortable. It’s different because high-tech thermal underwear doesn’t come with extra bulk, and it also doesn’t restrict your range of motion. The world of high-tech underwear is constantly evolving, and we would not be surprised if there are no fabrics on the market in a few years.

Why does some thermal underwear itch?

Some thermal underwear will itch because it’s made of lower-quality or incorrectly graded fabric such as basic wool. There are many different grades of wool, and the shorter the fibers and coarser the wool, the more it will itch.  Think of the stubble on a man’s face — it is much scratchier than a beard that has grown out an inch or two. Typically, the finer and longer the wool fibers (such as in Merino) the more expensive it will be. You may also experience itchiness if your thermal underwear fails to dry or wick away sweat.

How much should good thermal underwear cost?

Good thermal underwear can range anywhere from $25 to $110 depending on the size, quality, and brand. Think about the longevity of the garment and reputation of the brand, not just the initial purchase price. It’s always best to check customer reviews to view other people’s experiences with the underwear.

What is the best thermal underwear for kids?

You can find some of the best thermal underwear for kids from the same brands we listed above such as Patagonia and Smartwool. Since you already have a good idea of what their thermal underwear is like, all you’ll have to do is look for the right size. We know that people like to save a little money on children’s thermal underwear, because they will likely grow out of it somewhat quickly.

How do you wash thermal underwear?

You should be able to throw most thermal underwear straight into a washing machine. However, depending on the material, you may have to do a little more maintenance work. For cotton or wool, you should wash the underwear in cold water and air-dry it afterward. For silk, hand-wash the underwear or throw it in the washer using the delicate option. For synthetic fabrics, throw them in the washer or hand-wash them with warm water. Then, lay them out on a towel to dry. As with most clothing, it is not the washing that can cause damage, but rather the heat of drying.